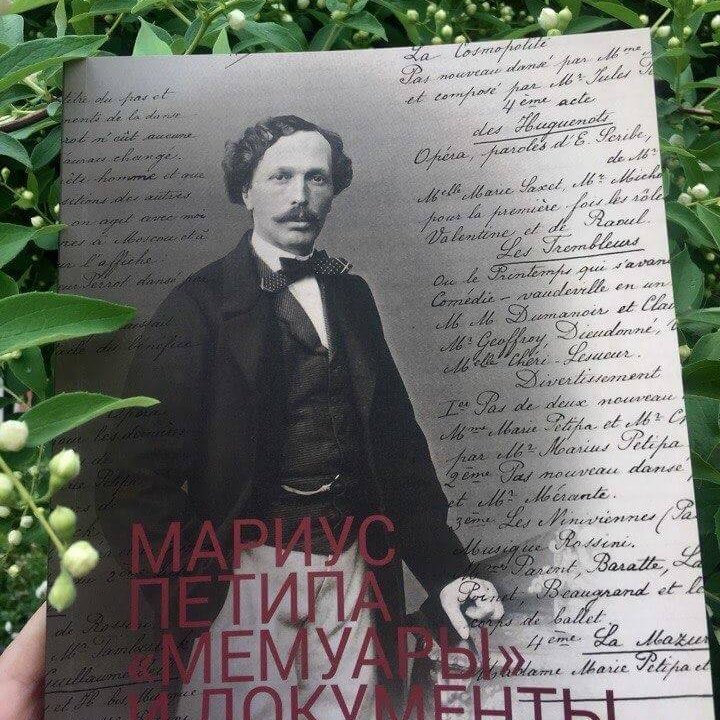 The presentation of the book «Marius Petipa. Memoirs and Documents» /introductory article and comments by Sergey Konayev/ was held on June 5 at the Coach House of the Bakhrushin Museum. The presentation became the opening event of the International Scientific Conference «Marius Petipa. The Ballet Empire: from Rise to Decline», which was held from June 6 to June 8 at the Bolshoi Theatre, the Bakhrushin Museum and the State Institute for Art Studies.

Galina Zlobina, RGALI Deputy Director, emphasized the importance of publishing «Memoirs» of Marius Petipa and told the story related to his archive: «In 1950, a granddaughter of Petipa turned to our archive to purchase the surviving family archive for the state property. The archive included the documents of Petipa’s wife and children in addition to his own documents. The archive was acquired and merged with a fund of Petipa’s daughter Maria. Up to 1980’s the fund was replenished».

According to Sergey Konayev, author and curator of the exhibition «Two Centuries of Petipa», the book «Memoirs» is a kind of paradox: «There is such a book, written in the declining years, setting strange tasks. «Memoirs» do not complement documents, but are in conflict with them. I really want to “withdraw” «Memoirs» from the “scientific turnover”, so that everyone would turn to authoritative monographs and authoritative collections of documents».

The presentation speakers were Professor Simon Morrison from the Princeton University, Natalia Sipovskaya, the Director of the State Institute of Art Studies, Elizaveta Surits, Honored Artist of Russia and ballet expert, and Professor Pascale Melani from the University of Bordeaux-Montaigne.

The book can be purchased at the museum’s shop.