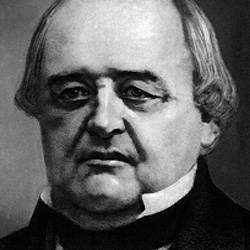 
M.S. Shchepkin House Museum is situated in the old house built in the late XVIII century, which is a unique monument of history and architecture. In this house the prominent Russian actor Mikhail Semyonovich Shchepkin has lived from 1859 until his death in 1863. The wooden mansion is one of the few buildings that survived after the fire in Moscow in 1812 and remained until today. In 1985 the building was transferred to the A.A. Bakhrushin Theatre Museum.

Museum display shows the authentic objects from the life of M.S. Shchepkin: there are playbills, books, furniture and paintings.

Mikhail Semyonovich Shchepkin /6 (17).11.1788, Krasnoe village, Belgorod region – 11 (23).8.1863, Yalta/ is the realism founder in Russian theatrical art, having brought closer the principles of realism of Pushkin and Gogol. Due to his activity, the critical realism became the leading method in the Russian theatre. Traditions of theatrical realism, established by Shchepkin, played a big role in the practice of the Maly Theatre, which received the name of «The Shchepkin House».