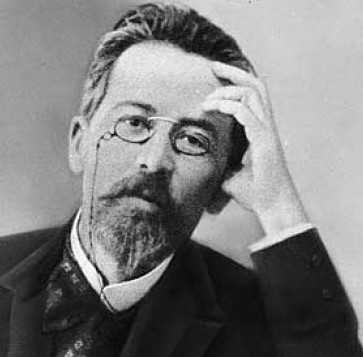 Department for Study and Popularization of Theatrical Creative Heritage of A.P. Chekhov conducts the following scientific and research activity:

— it studies and analyses issues of theatrical and screen interpretation of the works of A.P. Chekhov in XX and XXI centuries, influence of A.P. Chekhov on the modern cultural processes, his roles in the development of the world drama and theatre;

—  it organizes and carries out international scientific symposiums, conferences on the issue “A.P. Chekhov and theatre” with the participation of theorists and practitioners of the modern theatre – drama writers, directors, scenographers, actors, philologists, museum workers, theatre historians, arts critics; it participates in conferences organized by other organizations dealing with creative heritage of A.P. Chekhov; particularly, it is an initiator of the holding of the annual international Skaftymov readings in the cooperation with the Saratov State University;

—  it realizes the analyse of current theatrical process related to interpretation on stage of the works of A.P. Chekhov;

— it studies and generalizes the decoration process of the Chekhov’s theatrical performances;

—  it provides a content for the site “Entire Chekhov”, being a site curator; it composes, systematizes and enlarges the bibliography of the works about A.P. Chekhov’s activity in Russian and foreign languages with the following addition of these data on the mentioned site;

— it organizes for non-commercial /educational/ purposes a show for the special museum audience of the versions of Chekhov’s performances and films in the context of the programme “Chekhov-Institute presents: Chekhov on screen”;

— it realizes creative labs, master classes in the cooperation with various theatrical organizations;

Books prepared by the department for printing:

Last Chekhov’s Play in the Art of XX-XXI Centuries. Collective Monograph. On the Materials of the International Scientific Conference, Held on 22-23 August 2014, in the Context of the Bakhrushin Museum’s Project «“The Cherry Orchard”. Sold». Moscow: A.A. Bakhrushin State Central Theatre Museum, 2015. 240 p. with ill. /Bakhrushin’s Series/.

In preparation for printing:

«”The Seagull“: Continuation of Flight». On the Materials of the Third International Skaftymov Readings Devoted to the 120th Anniversary of “The Seagull” of A.P. Chekhov /2015/.

Chekhov’s Performances of Giorgio Strehler. Collection of Documents and Materials.