«Bobby Slocum, I Love You» 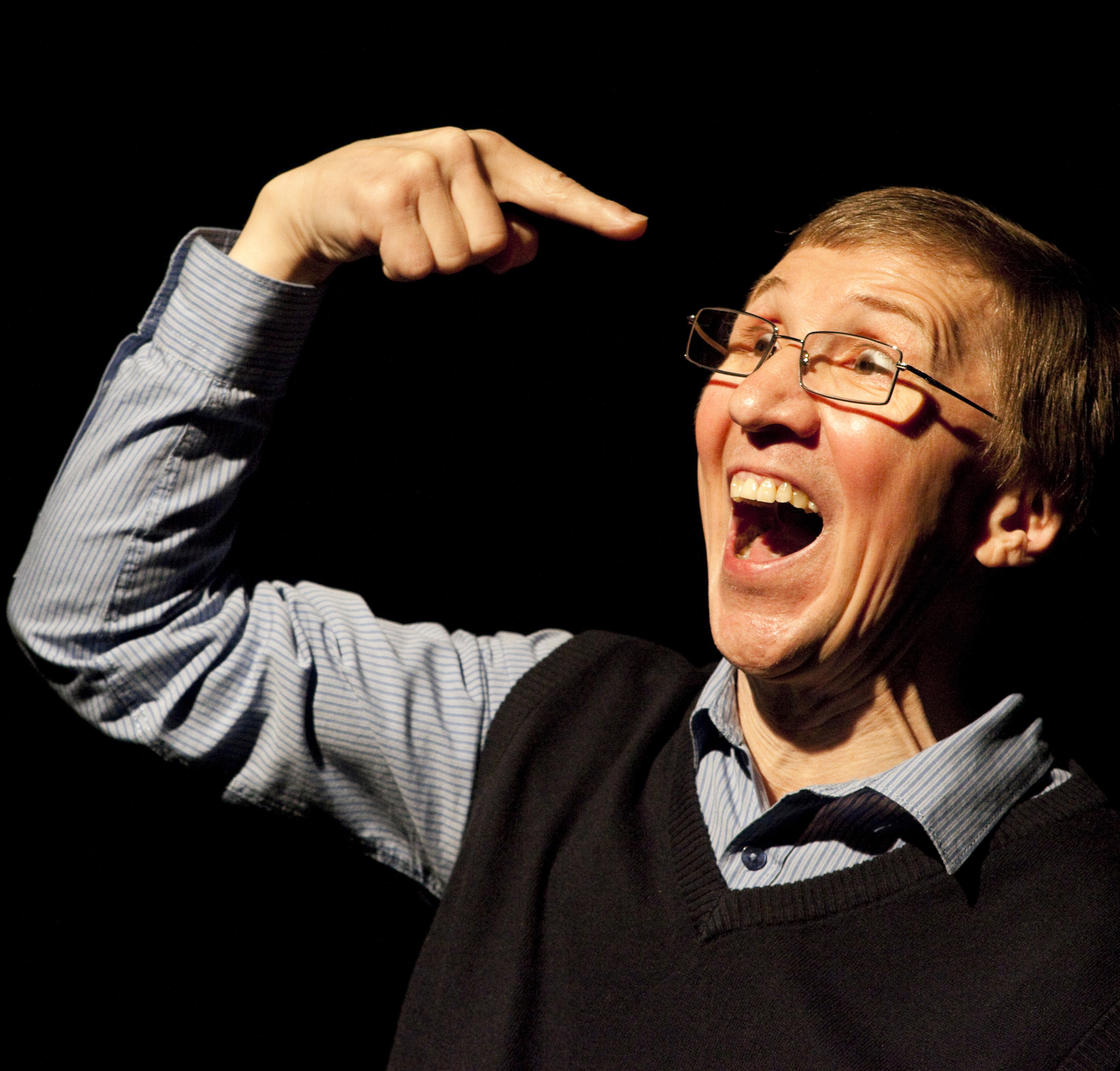 
Inner monologue of a successful man

/based on the novel by Joseph Heller «Something Happened»/

«Attempt of Love in Emptiness»

Perhaps, the scenographic asceticism is an inalienable trait of the director Ledukhovsky’s style. Master outdid himself in the performance based on the novel by Joseph Heller «Something Happened» /premiere in Moscow was held on 12 February, before it was shown in Germany on 9 January/. Hint of furniture, two flashlights: white light and red light, and black – dark space. Classic colours of tragedy, key colours of Ledukhovsky… Just a little bit and ideal «bare actor is on the bare stage». But there are no bare persons in the performance with author’s name «Bobby Slocum, I Love You». There are no costumes too. /Successful man Slocum appears in blue jeans and shirt, Virginia, who appears a little bit later, comes from memories like Ophelia /Yuliya Bogdanovich/, – in small black dress/. Nevertheless, the emotional bareness reaches unthinkable depths. Main character from first phrases and without any warnings is frank so much that an audience wants to hide his look: you can’t do this with unknown people! However, the bareness of the inner world is from the original text. Ledukhovsky, who usually interprets every classic plot as assembling of model and creates on this base the author’s fantasy, changed himself in «the monologue of a successful man» – emphasis in performance is almost the same that exists in the novel by the American writer. The director remained true to himself in the other thing – in the transformation of a private history into the mystery, the ritual, the myth. «I was 17 years old, Virginia was 21 years old». By the time when the main character will speak about her, the empty stage will revive, become a hotel room, a staircase, an insurance company office, and all of this will appear, rocking in invisible waves of Slocum’s memory. «Unpleasant man» in interpretation of Ildar Allabirdin is ambiguous: he provokes sometimes a sudden disgust, sometimes a sharp pity. His face is enlightened sometimes with almost childlike smile, nervous, guilty, apologetic. It seems that the character speaks about a long painful illness. His illness has a name – the life. The characters on the stage, like in the novel, talk a lot about sex. They talk about each other, but will never touch each other, because they live in parallel spaces. He is still here, she is already there, in a city, which she whispers about like in a delirium. In a city with luxury hotels and mirrors, alone in the mirrored corridors, where suite of doors never ends. «Alien» fragment from «Hopscotch» by Cortázar, woven by the director into the performance fabric, becomes a turning point of action. A table, three chairs… A man, a woman, music. Something mocking, bitter and tender. And it seems that everybody is forgiven.