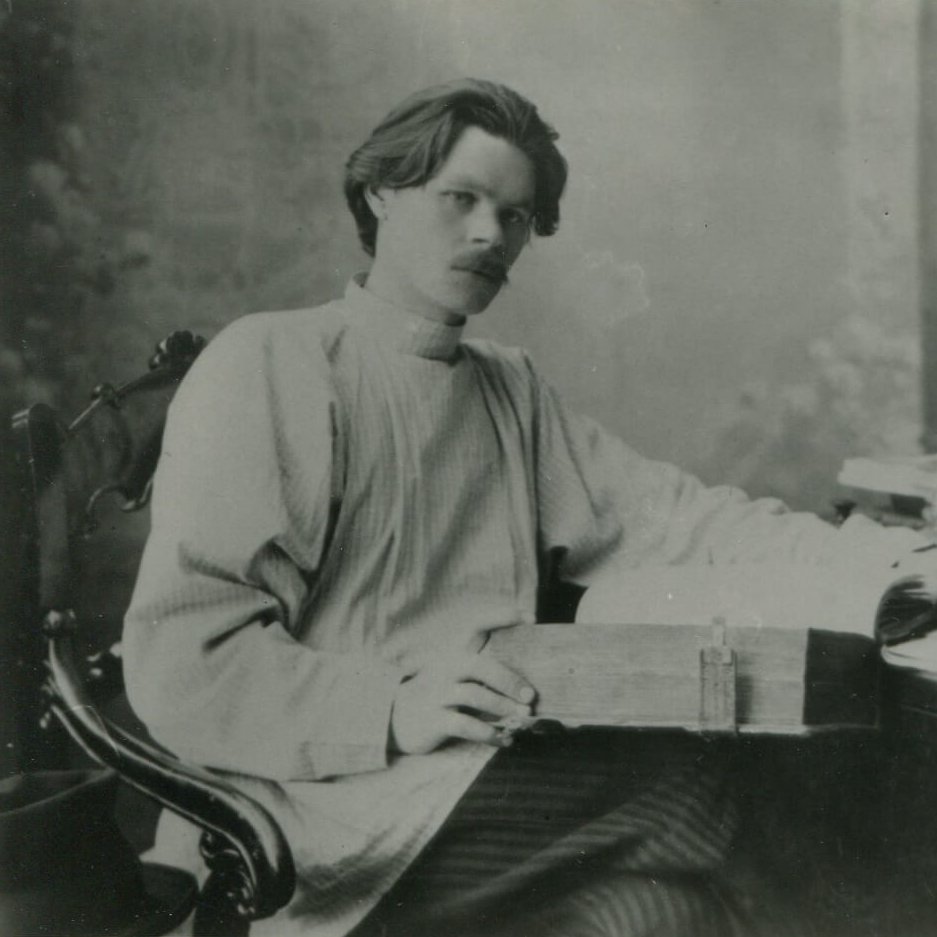 
The exhibition is devoted to the Gorky Theatre and the writer’s 150th anniversary is open from May 24 at the Shchepkin House Museum.

The performances based on Gorky’s drama works are always present in the repertoires of Russian theatres throughout the last century and don’t lose their relevance in the modern era. Galina Beskina, the exhibition curator, draws our attention to the deep spiritual component of the Gorky’s Drama: “If we turn to the ideological and artistic aspect of the writer’s plays, we can see in them a unique spiritual message […] Gorky’s character is tired of senselessness of his life and is looking for a way out of life deadlocks. The external dramatic conflict is most often domestic or social. The conflict is ideological, the conflict of ideas gets timeless universal sound”.

Two portraits of A.M. Gorky of the initial and final periods of his work are posted in the background of photographs of the Russian people from different classes in the late XIX – early XX centuries. Performances’ photos and set designs based on Gorky’s works will be situated at the same space together with the pictures of real monasteries, cities, temples and villages. This artistic solution allows to recreate the atmosphere of that time, as well as the pilgrim route of the main character of the story «Confession» – and of the writer himself.

The exhibition presents materials for performances of different epochs: from the productions of Stanislavsky and Nemirovich-Danchenko to the stage works of Tatiana Doronina, Adolf Shapiro and Kirill Serebrennikov. The exhibition also features rare photographs taken by V. Kachalov, O. Knipper-Chekhova, F. Ranevskaya, archival photographs of productions made by Y. Lyubimov, G. Tovstonogov and other outstanding directors of the XX and XXI centuries, as well as theatre posters, set models, sculptural images from the Moscow Art Theatre collection and the first book editions of Gorky’s plays.