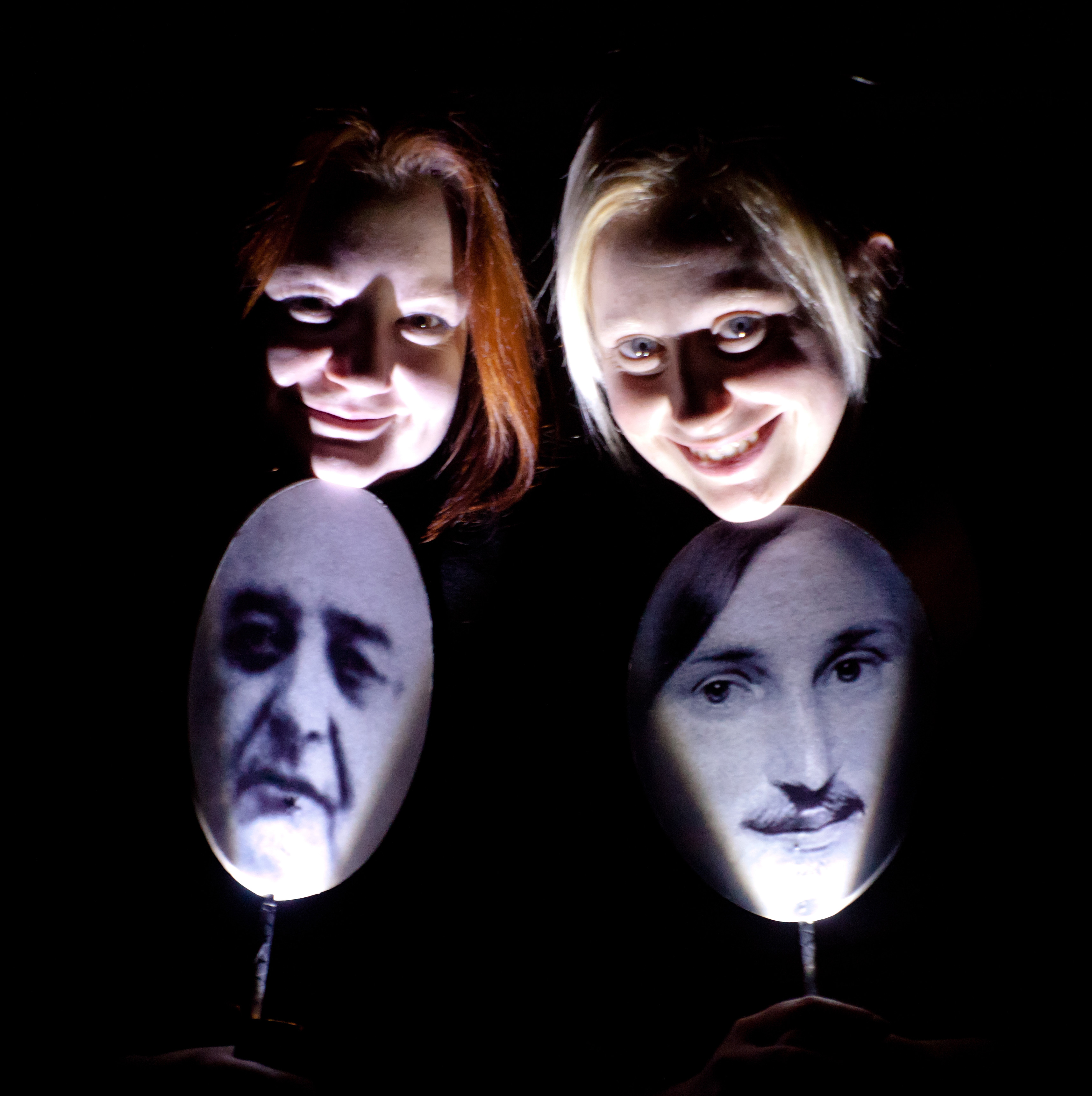 
Words and thoughts from the book «New Rumours About Discoveries on Moon Attributed to Astronomer Gershel» and from works by N.V. Gogol, M.A. Bulgakov, V.V. Nabokov, H. Troyat, A. Voznesensky, V. Tokareva, letters by N.V. Gogol and M.A. Shchepkin.

With the participation of the Scenography Faculty students of the Russian Institute for Theatre Arts (GITIS) Vasilisa Kutuzova, Elena Bodrova, Irina Deryabina

Spectacle was performed on a festival in Germany in 2008

Duration: 1 hour 50 minutes without an interval

On the dark side of moon

<…> A museum reconstructing the past seems to be inhabited with shadows and spirits of the past – such feelings are quite natural but insufficient for another reality or at least its illusion. That requires a theatre. The Shchepkin House Museum has such a theatre. Anatoly Ledukhovsky the director and a group of actors created the spectacle «On Gogol’s Moon». The composition includes extracts from «Diary of a Madman» and «The Overcoat», phrases from «The Government Inspector» and «The Nose», motives from «May Night, or the Drowned Maiden» and «A Terrible Vengeance», fragments from biographies and letters by Gogol and Shchepkin and even an extract from a story by Viktoriya Tokareva… Some texts are in front and on centre, another texts disappear hardly appearing. Anatoly Ledukhovsky treats them freely, subordinating to the complex logic of his fantasy. Characters and authors exchange the places. Poprishchin, Bashmachkin, Khlestakov, Nabokov, Gogol, the witch, Levko and the mermaid talk about nightmare dreams and terrible fears, unclear feelings and fateful guesses. Illusion of the museum-theatrical time travel reaches the apogee. Light and shadows in skilled hands of the director represent a serious alternative to decorations, stage props and concrete objects of the epoch. Space of the Home Theatre in the Shchepkin House disposes to continue the museum-theatrical experiments.

«Everything». Even «On Gogol’s Moon»

<…> The performance «On Gogol’s Moon» is a sharp look on the life and works of the famous classical author. Director’s work Anatoly Ledukhovsky represents a fantasy, sometimes peaceful and dreamy, sometimes sounding as frank dissonance, on the topics that have been associated with the name of Gogol more than 150 years. Gogol’s world, one of the quaintest in the entire Russian literature, looks in the version by Ledukhovsky surrealistic, but oddly enough, not invented. In this story everything is recognizable: dreamers, who are dragged into reality by practical people; rejected lovers and other victims of alien sins, who want revenge or settle the score with the past. Isn’t that the world that we know so well? However, the director only drops a hint and doesn’t insist on something. He connected in his fantasy everything strange and unexplainable that is inherent in the secret inner world of a creative person. Perhaps, there is no better place for such revelations than the house where one of the most prominent actors, Mikhail Shchepkin, lived. Such a living spectacle is a tribute to the memory of the Russian stage legend.