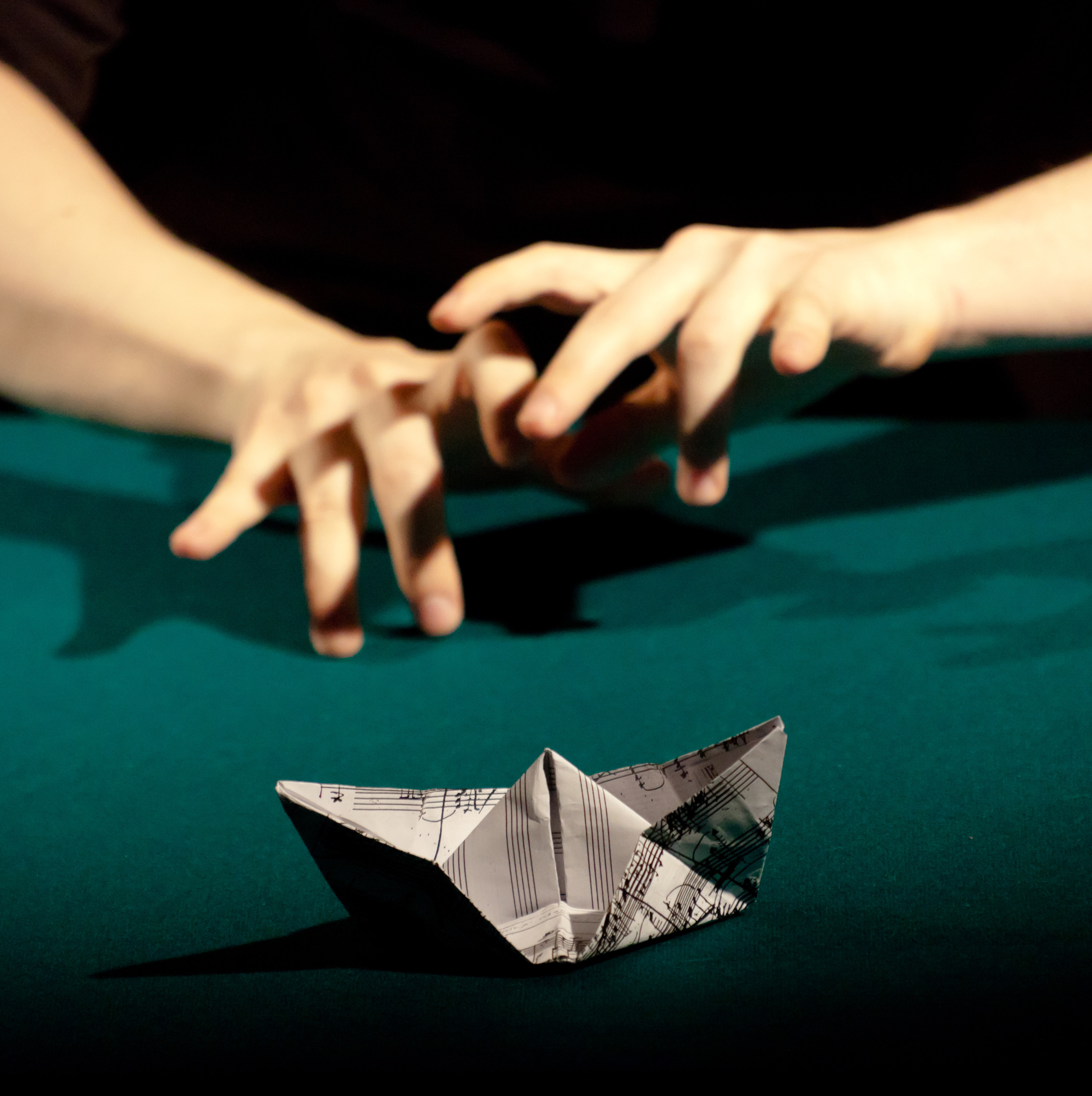 
Mystification based on works by the composer S.V. Rachmaninov
Monospectacle by A. Shashilov, played with hands

Sergey Rachmaninov was a conductor, a pianist and a composer. These three occupations are connected with hands. He turns out not to have been able to create until he saw a sort of image on his hands. Exactly this image gave birth to his music and only then he began to make it. This performance tells about how it happened. Main acting part is played by the actor’s hands.
Performance participated in many Russian and foreign festivals. Recommended for family viewing.

«One day I met a friend of mine, Rachmaninov’s close friend great-grandson, and he gave me some documents», — the actor Alexey Shashilov tells to gathered audience. The performance has already started, but the audience has yet to know it. «Hands of Rachmaninov» in the Home Theatre in the Shchepkin House, famous for unusual and bold experiments, is a performance more than weird. It has no plot, no text, no set design; the only one actor with minimum of stage props. And then – the 2nd piano with orchestra concert by S.V. Rachmaninov.  Music and hands are the only expressive means. Hands and palms keep inside octopi, dogs, rabbits, spiders, lizards, surf, flying seagulls and melancholic fish. In ten fingers, drama, tragedies and farce are played: here is a lonely ship surprised by storm, then – a loving couple theatrically quarrelling.

Alexey Shashilov the actor and Anatoly Ledukhovsky the director wanted to show how the music appeared in the head of composer. Audience, having learned in the hall about such a grandiose plan, is oriented to serious mood. The action turns out to be ironic and provocative. The same as Rachmaninov was – the performance is preceded by newsreel footage: the Russian classic dances hopak, tickles children and pretends to be a goat.

The bigger lure of this action is that it is both for children and adults: you and your child are likely to see two different stories in one performance.