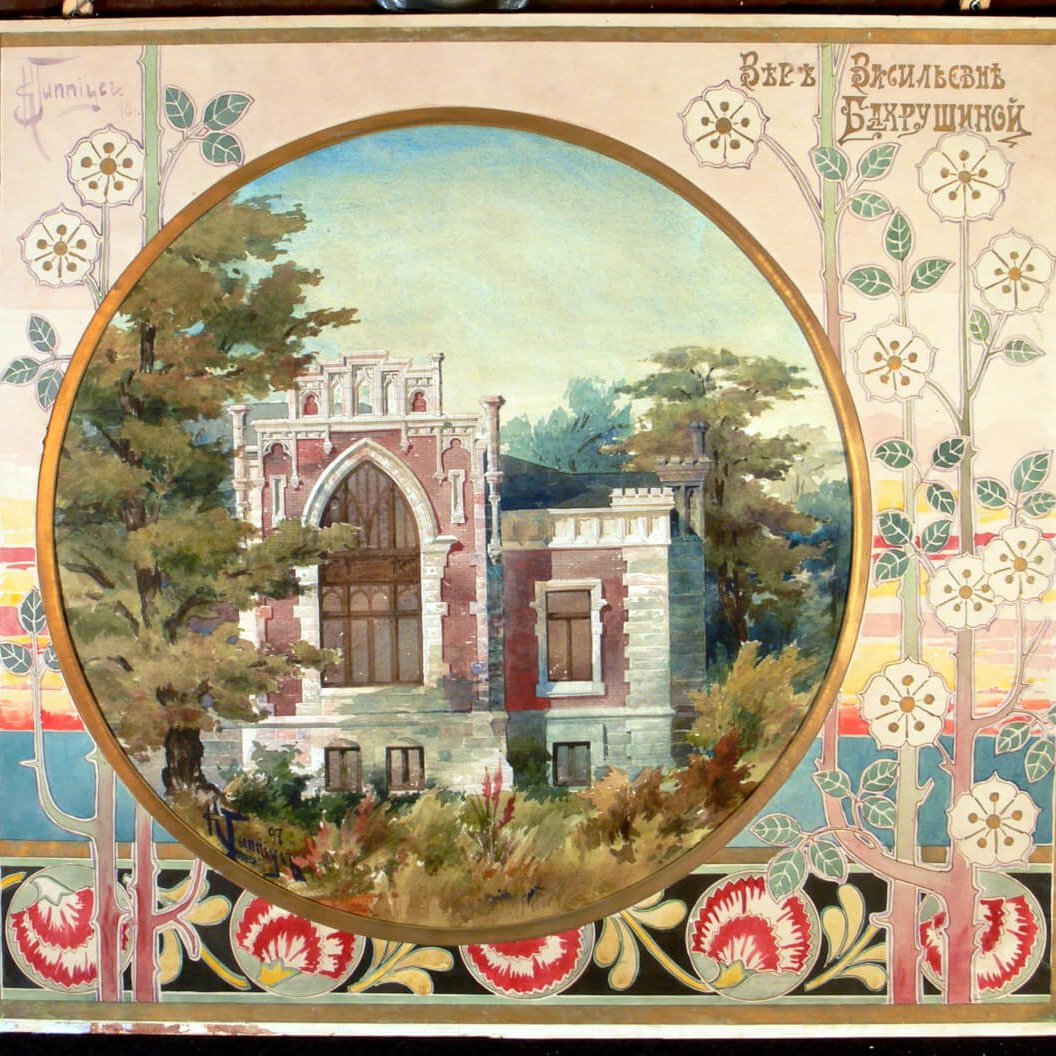 In the family of Alexey Bakhrushin, founder of the Theatre Museum, there was a special tradition at the museum on Saturdays.

It was an open day when everyone who was associated with arts could come. There were frequent guests and newcomers, familiar and unfamiliar people. <…> Saturdays started at 9pm, then guests used to wander around the museum or just talked or disputed about something. There was a homemade dinner at 2am followed by various improvised performances. Guests also wrote or drew something in our home album.

One of these album drawings was made by architect Karl Hippius who created the project of the Bakhrushins’ mansion where the Theatre Museum is now located. The annual Long Night of Museums devoted to the International Museum Day continues the tradition of Bakhrushins’ Saturdays.

On the other side: