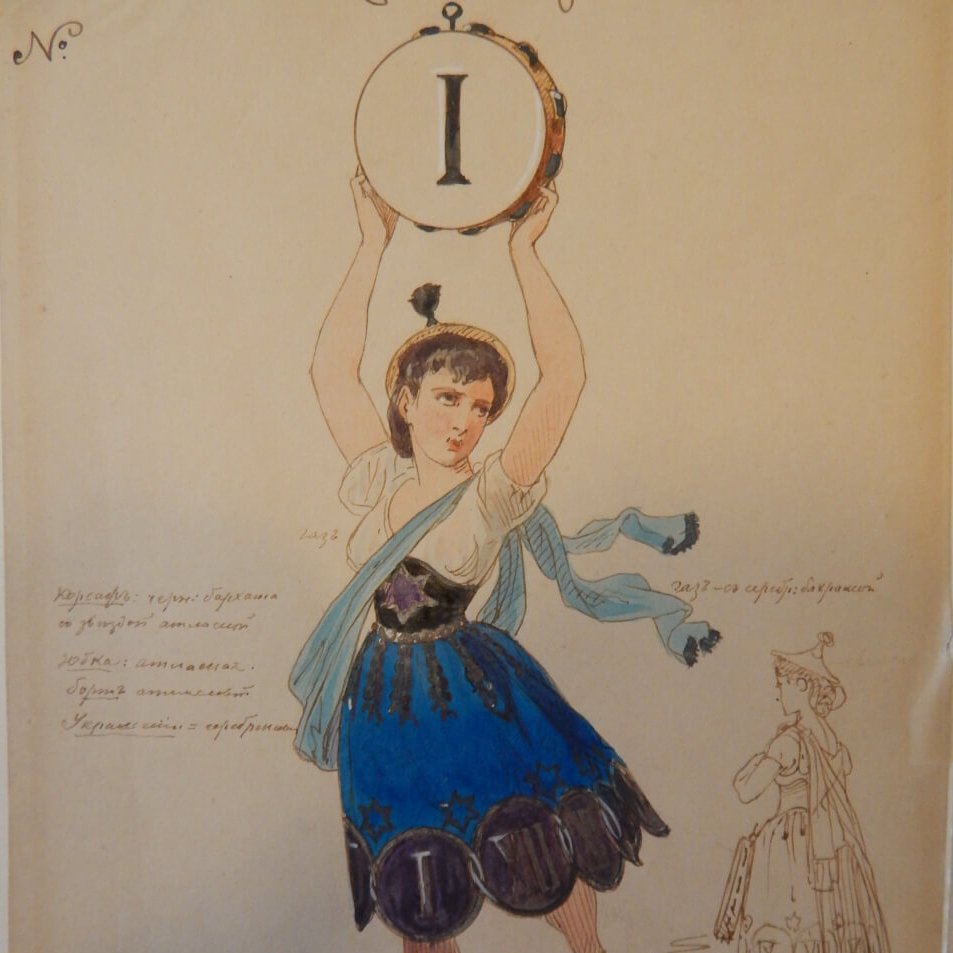 In 2018, several events dedicated to the 200th anniversary of Marius Petipa will take place at various cultural venues of Russia. The meeting of the organizing committee for preparing a «year of Marius Petipa» was held on November 16 at the Vaganova Academy of Russian Ballet during the VII St. Petersburg Forum.

Dmitry Rodionov, general director of the A.A. Bakhrushin State Central Theatre Museum, took part in the meeting as a member of the organizing committee, presenting the museum’s programmes.

The exhibition «Two Centuries of Petipa» will be held in the main building of the Bakhrushin Museum from March 3 to June 10, 2018. The display will include 266 exhibits: graphic works, paintings, archival documents, photos and negatives, personal belongings, books, posters and programmes from the collections of the A.A. Bakhrushin State Central Theatre Museum, the Mariinsky Theatre, the St. Petersburg State Museum of Theatre and Music, the Russian State Archive of Literature and Art, the Vaganova Academy of Russian Ballet.

Another Theatre Museum’s contribution to the choreographer’s anniversary is a unique publication «Marius Petipa. Memoirs and Other Documents» (text in French by P. Melanie; scientific editing, introductory article, commentaries and translation by S. Konaev).

A complete documentary book about Marius Petipa’s biography hasn’t been yet written by Russian or foreign researchers. Since the beginning of the 20th century the biography essays about Petipa are based only on his later work «Memoirs», an extremely interesting but subjective material. The authors of the anniversary edition are solving a complex research problem: they are relying on the factual sources rather than on the generally accepted sequence of events.

Finally, the International Scientific Conference «Marius Petipa. The Ballet Empire: from Rise to Decline», organized by the Bakhrushin Museum together with the State Institute for Art Studies, will be held on June 6-8, 2018. The conference coincides with the date of the contract between Marius Petipa and the Directorate of the Imperial Theatres.

A round-table discussion on the topic «Choreography and Copyright» and meetings with scientists and masters of modern ballet will be also held within the conference.