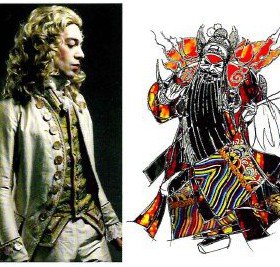 The exhibition «Costume at the turn of the century. 1990 – 2015» took place last summer 2015 in the A.A. Bakhrushin State Central Theatre Museum with a great success. This year, from August, 15 to December, 16 it will be presented in the United States of America at UNC Asheville.

The project presents work of over 260 costume designers from 32 countries and showcases trends in the costume design for theatre, opera, dance, film, fashion and performing art for the period of last 25 years.

The project «Costume at the turn of the century. 1990 – 2015» has been supported by world theatre community – OISTAT /International  Organisation of Scenographers Theatre Architects and Technicians/, Institute of Contemporary art problems /Kiev, Ukraine/, department of theatre of the Carnegie Mallon University, University of Oregon and University of North Carolina Asheville.