The exhibition «The Poster Is Dead. Long Live the Poster!» Author Theatrical Poster of the XXI Century» 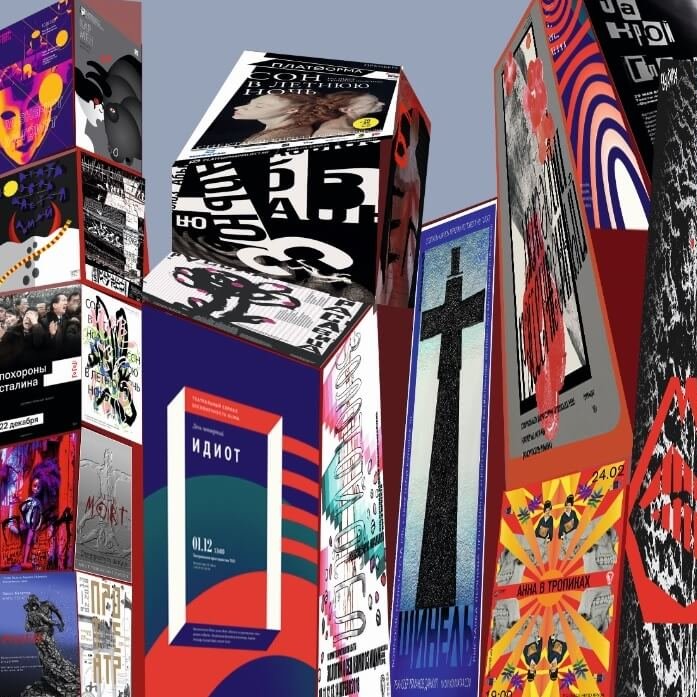 
The exhibition «The Poster Is Dead. Long Live the Poster!» Author Theatrical Poster of the XXI Century» is open at the Bakhrushin Theatre Museum from March 15.

It represents works made by authors of various generations, mostly young artists from Russia and the near abroad, participants of exhibitions of the Russian Academy of Arts, the Moscow International Biennale of Graphic Design Golden Bee and other international and Russian festivals.

As against the official posters, the authors’ posters were not created by theatres’ order, but exceptionally by creative inspiration. These posters reflect the authors’ impressions after watching performances. Varied in style, the works continue the XX century poster art traditions: from constructivist hard lines and elegant art deco to psychedelic posters of the 60’s and the New Wave.

The exhibition features the plays’ posters for the Theatre Art Studio’s «The Players», the Peter Fomenko Workshop’s «Ulysses», the Gogol Center’s «Little Tragedies», the Moscow Art Theatre’s «The North Wind», the Masterskaya Theatre’s «Notes of a Young Doctor», the Vakhtangov Theatre’s «The Run».

The authors’ graphic works offer a controversial vision of the performances based on the works of both contemporary authors and well-known classics, sometimes even shocking the audience, which is typical for modern theatre and poster art.