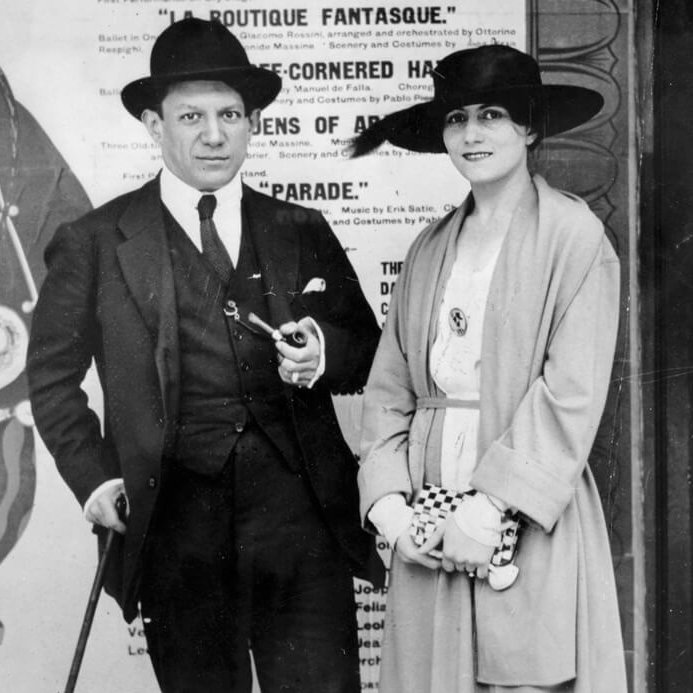 
The exhibition «Parade-100», devoted to the Paris ballet Jean Cocteau, Pablo Picasso, Erik Satie and Leonid Myasin worked on, is open from May 17 to June 15 at the Theatre Gallery on Malaya Ordynka. It features historical materials and modern interpretations of the performance.

The first night of the ballet «Parade» was held in Paris on May 18, 1917, during the famous Diaghilev’s Russian Seasons. Guillaume Apollinaire described this performance as «a kind of surrealism», for the first time using this term that will later define the whole direction in the art of the 20th century.

The exhibition presents a lot of video materials about the ballet: its reconstruction performed by the Europa Danse company, an extract from the ballet «Before the Parade» by Angelin Preljocaj, the film «More Than Love» telling about the relationship between Pablo Picasso and Olga Khokhlova. There are also Stravinsky Foundation’s historical photographs, Erik Satie’s scores, lithographs of artists who worked on the Russian Seasons from the collection of the AVC Charity Foundation.

An art installation made by famous Perm artists Olga Subbotina and Mikhail Pavlyukevich suggests another way of looking at the performance and a reconstruction of historical ballet costumes made by the students of the Moscow Art Theatre School-Studio will help to see the whole image of the ballet. Alexander Gusev and Alexey Goncharenko refer to the performance using modern art technologies in their photo collages.

Vitaly Patsyukov, exhibition curator: «The project tells about the history of the «Parade» production, introduces us into its documentation, scores, historical photographs, ballet reconstructions and ends with personal reflections on its participants».

The project is prepared by the A.A. Bakhrushin State Central Theatre Museum together with the National Centre for Contemporary Arts.

Vitaly Patsyukov – art critic, head of the department for experimental programs of the National Centre for Contemporary Arts. Currently engaged in theoretical and philosophical aspects of contemporary art.