Exhibition to the 170th anniversary of K. F. Valts 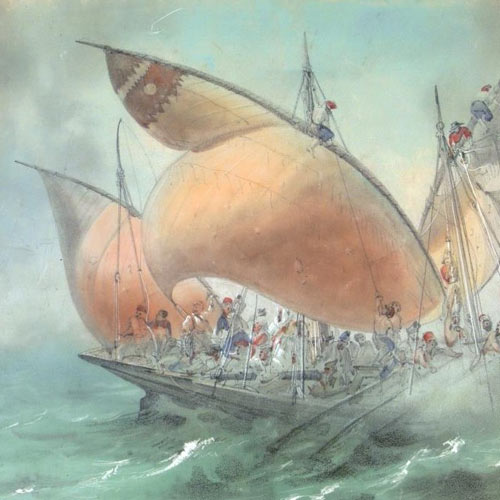 
«The Wizard of the Russian Stage…». To the 170th anniversary of the birth of Karl Valts

«The Wizard of the Russian Stage. To the 170th anniversary of the birth of the Moscow Imperial Theatres chief machinist and stage designer K. F. Valts»

Costume designs: Pearl and coral. Butterfly and bee. Saturn and its satellites. Chrysanthemum and Cupid of war…
Set designs: Chambers of Berendey, East Palace in a garden, Sailing ship in a stormy sea…

Author of these designs Karl Fyodorovich Valts/1846 — 1929/ was born 170 years ago. Chief machinist and stage designer of the Moscow Imperial Theatres. Magician and wizard, as he was called in Russia. “Russian Cagliostro”, as he was called in Paris. The man who created during 65 years remarkable stage designs not only for Bolshoi, Maly and Novy theatres, but also for the enterprises of Lentovsky, Diaghilev, the Moscow Art Theatre. The man who carried the audience into the magical and alluring world of the stage.

The name of Karl Valts is well known to people of theatre and specialists. For a wider audience this name appeared loudly and clearly again in the beginning of the XXI century during the large-scale exhibition in the central Manege «Bolshoi Theatre – 225 Years». The working group included Sergei Barkhin /author of the idea/, Viktor Berezkin /curator/, Boris Messerer /main artist of the exhibition/. The project was directed by Dmitry Rodionov /general director of the A. A. Bakhrushin State Central Theatre Museum and curator of the exhibition to the 170th anniversary of K. F. Valts/.

The works of Karl Valts opened recently the exhibition of the Bakhrushin Museum «The Breakthrough. Russian Theatrical Decorative Art. 1870— 1930».

In the contracts of Valts with the office of the Imperial Theatres was written that he would have an annual benefit performance with the production of living paintings and concert section. During the benefits Valts gave vent to the imagination:

“I remember that one day I produced for the first time «Ride of the Valkyries” by Wagner on the stage of the Bolshoi Theatre. The scene was installed in the full scenic setting with decorations and with the participation of living horses, on which circus horse riders galloped in the especially arranged scaffoldings in the clouds… Another time I turned the stage into a fantastic magical garden with a parterre of fresh flowers in the form of a carpet with the most varied arabesques… Once I put the geographically specific picture in the form of apotheosis. A terrace from glass ramps arranged all the width of stage. This construction went to the ramps, while the natural water fountains streamed on the top and fell down like a boiling waterfall to the bottom. The waterfall was surrounded with tropical plants».

The exhibition at the Bakhrushin Museum will present to the visitors the whole spectrum of the Karl Valts creativity: costume and set designs, curtains, set models, rare Karl Fischer’s photos of the scenes from the Valts performances of the end of the XIX century…

Karl Valts, thanks to his exceptional energy and love for the theatre, became the informal art leader, taking the responsibility for keeping the audience’s interest to the performances of the Bolshoi Theatre in the second half of the XX century. Admirer of Impressionism, Valts tried to make at the Bolshoi the impressionistic set design before K. A. Korovin and A. Y. Golovin.

Owning a broad and deep knowledge of the stage-box space, Valts freely worked with picturesque scenery, opening in it the internal energy of the dynamic transformations and changes behind the traditional static of natural or architectural background, and these opportunities were often perceived just as miracles and magic, so precisely and almost instantly Valts produced the changes in a performance. Such decoration may be defined as a dynamic that will become an integral part to the theatrical performance in the XX century.

The works of Valts prepared a ground for the arrival of the Stankovists at the Bolshoi Theatre: on the one hand, by the introduction of the principle of artistic advisability of a performance design by one artist in the theatrical practice, on the other hand, by the constant expansion of the range of artistic techniques and means of expression.