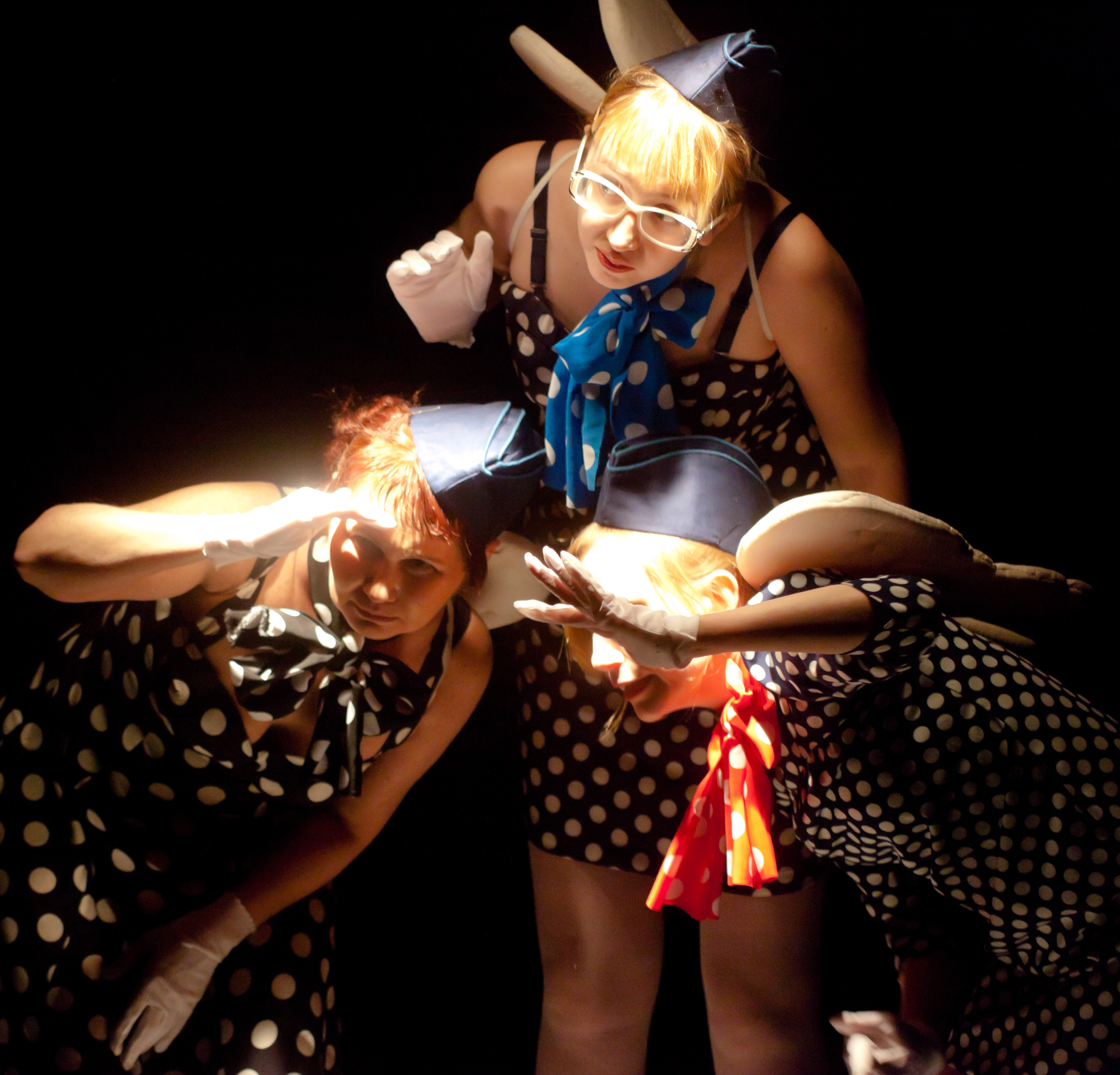 Performance was presented on a festival in Germany in 2007

«Overcoming the Boundaries of Sound»

In the performance Chaika Live Anatoly Ledukhovsky, at first glance, doesn’t aim to create a new artistic reality. It may seem that it is just a concert, where six actresses perform seventeen songs in English, French, Spanish and Russian. Exactly the songs remain the main component of the performance. However, the simplicity of this work is deceptive and its visualization is truly stunning. Working with empty space of stage, enriched with extraordinary ingenuity of light, Ledukhovsky goes away from telling story, from a linear narrative, involving us in the state of mind and the feelings that his actresses experience – the human desire for liberation from the fetters of his snare. The idea of flight, which is the leitmotif of all monologues in the performance, gains though ephemeral but quite tangible embodiment of how the actresses perform songs. Suddenly, the song becomes the theatre. Ledukhovsky doesn’t create illustrations for such the themes as the freedom and how a person goes to it; these themes are dissolved in the performance atmosphere, the sextet sound of marvellous, soaring to the sky voices.

<…>Ledukhovsky invented an itinerary of metaphysical journey through the text of the novel by Richard Bach «Jonathan Livingston Seagull». For those, who didn’t read the novel, the first words will seem too strange and the plot very dark. But those, who read, will immediately understand that this is about spiritual practices to achieve the liberation of consciousness and freedom, narrated by a seagull. But for the both the energy of the lyrics of the songs will work. Ledukhovsky supplies with famous European hit songs of the 20th century every turn of seagull’s wing, every wave towards freedom. As a result: the extreme musical cabaret fascinating with vocal quality and extraordinary, desperate strength. Anatoly Ledukhovsky’s performance evidently occupies an empty niche in the genre of free vocal and dramatic philosophical cabaret that isn’t developed in our country.

If you dig into your childhood dreams, you will see that your biggest dream was singing and flying like birds do. And an insidious inner voice is stubbornly persuading you that this singing creature with wings stays deep inside of you. The director Anatoly Ledukhovsky chose flight of a seagull as a theme of the performance and replaced the flight by singing. Six young singers demonstrate a good vocal level and an undoubted actor’s talent. Singing is enriched with passages from Richard Bach’s book, Chekhov’s books, Ostrovsky’s books, Brehms Tierleben, instructions for keeping songbirds in the cages etc. This kind of theatre is rarely seen in Russia, it means that Anatoly Ledukhovsky is exploring a new theatre niche for the country.