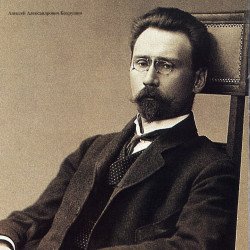 Zaraysk in Moscow Region is a homeland of the Bakhrushins. Ancestors of the Theatre Museum founder have lived in Zaraysk more than two centuries.

Museum has gone towards the branch opening since 2002, when the First Bakhrushin Charity Festival took place. Years of collaboration of the museum with the city were fruitful and successful. Trust to the museum became the base of the solution of the Zaraysk administration to transfer the building of the former city school in the city centre to the museum for opening a branch there. Project was also actively supported by the Ministry of Culture of Russia.
Alexander Rubtsov, a deputy general director of the A. A. Bakhrushin Theatre Museum for scientific-educational work, together with Lidiya Postnikova, a research officer, and museum employees elaborated the concept of the branch permanent exhibition. It includes five parts.

The first one is devoted to Zaraysk in terms of history and modernity. Together with exhibits from the funds of the A.A. Bakhrushin Theatre Museum, it will display the materials from the Ryazan region archive and the family collections of Bakhrushins’ descendants. The second part will tell about Bakhrushins – industrialists, patrons of arts, philanthropists, collectors, and about the magnificent and hospital house of Bakhrushins, Alexey Alexandrovich and Vera Vasilyevna, «Versailles in the Zatsepa Street» built by Karl Karlovich Gippius, a prominent architect. The third part «Middle Zone of Russia – Valuable Land of Russian Literature» introduces visitors to the rich literary and theatrical heritage of the Russian classic. The fourth part received an alluring name «World of Theatrical Backstage». Temporary exhibitions, educational projects, programmes aimed at support of Zaraysk creative groups – all this is included in the scope of aspirations and plans of «The Theatre Museum in Zaraysk».