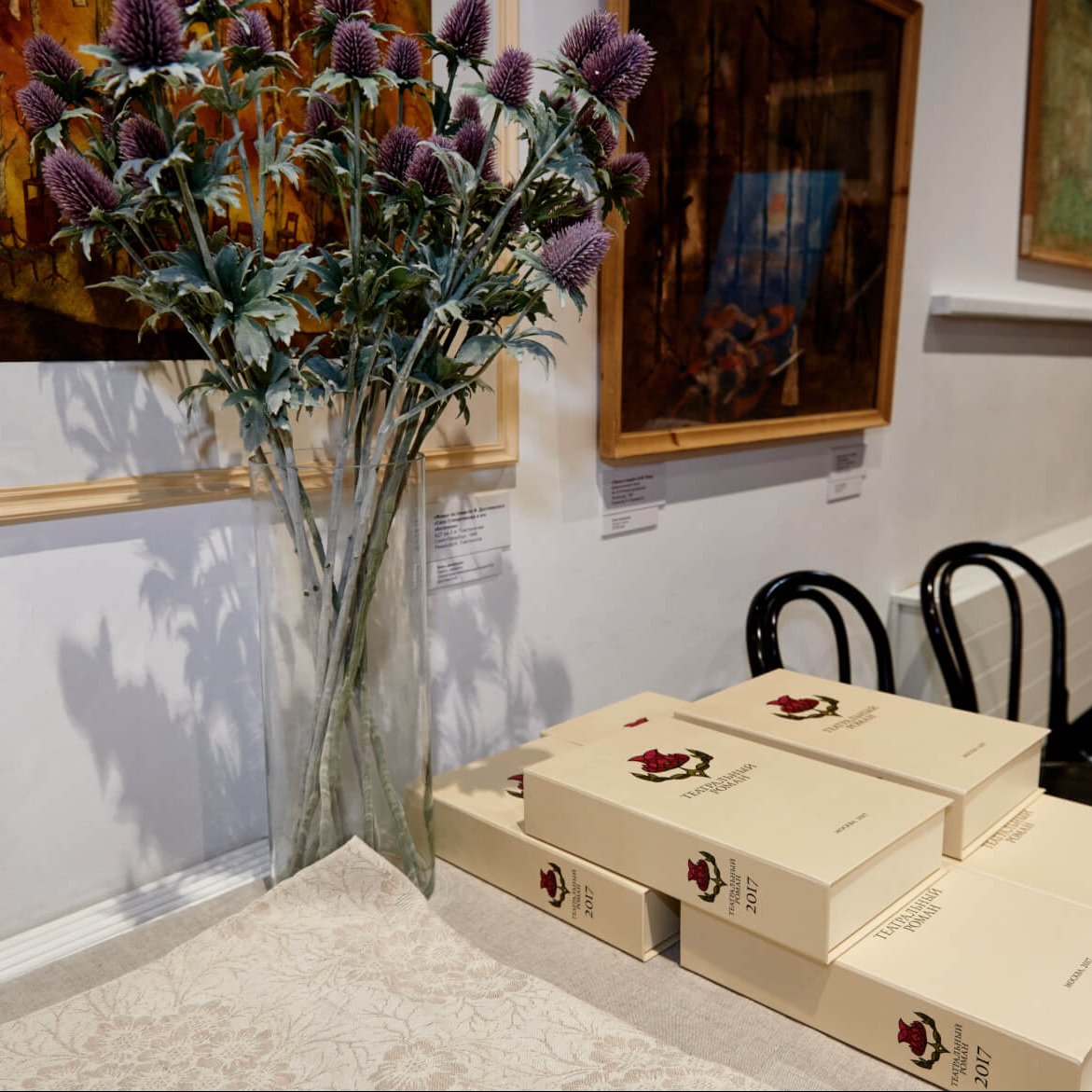 The solemn ceremony of awarding of the annual Theatre Literature Prize «Theatrical Novel», established by the Bakhrushin Theatre Museum in 2014, will be held at the Coach House of the Bakhrushin Museum’s Main Building on December 17 at 19:00. The awards will be presented for the 5th time. There are no analogues of the Prize in Russia and abroad.

The Prize aims to:

– encourage authors who write about the theatre and publishers;

– increase the social importance of literature about the theatre, attract readership and public opinion;

– increase the prestige of publishing houses and foundations engaged in publishing and distributing literature about the theatre.

The 2018 contest includes books written in Russian and published no later than September 1, 2018, as well as books published one year before the «Theatrical Novel» – 2018, but not included in the «lost list» in 2017.

According to experts, there has always been an interest in high-quality professional literature about the theatre focused on a broad readership and specialists. One of the priority tasks of the Prize is to make such literature accessible to as many readers as possible.

The Prize is supported by the Board of Trustees, chaired by Hugo Erikssen.

The constant partners of the Prize are the «Tarlo and Partners» Bar Association, the «State of Law» Foundation, the Cuellar Design Company, the Moscow Brewing Company, the Gus Crystal Plant, the RAYKIN PLAZA Boutique Hotel. The Russian Railways is also a partner and a sponsor of the 2018 Prize.

The experts have a principal agreement that all Prize nominations are free from stereotypes and commonplaces. Laureates, awards and remuneration become known only during the ceremony.