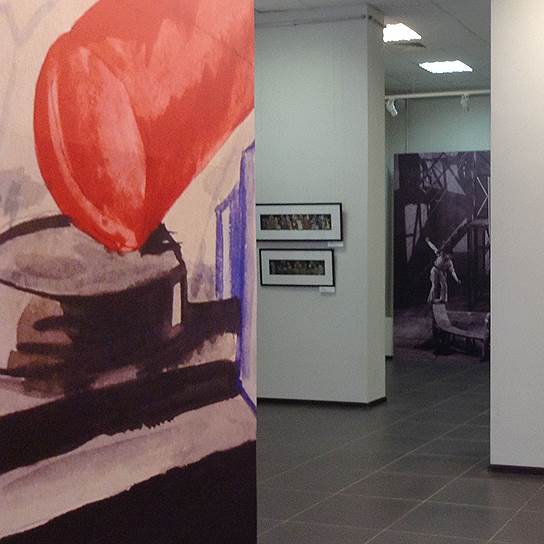 The exhibition «Meyerhold and Artists. Performing Space» was held at the Exhibition Hall of the Diorama Museum in Voronezh from 3 to 27 June. It was organized by the A.A. Bakhrushin Theatre Museum, the International Platonov Arts Festival and the Kramskoy Museum of Fine Arts in Voronezh. The curator was Natalia Makerova, art historian and head of the Vs. Meyerhold Apartment Museum.

This exhibition became a rare opportunity to see how the greatest theatre director of the beginning of the 20th century has built new relationships between a performing space and an actor. His ideas are relevant until now and it can be proven by words of another theatre director and innovator of the Russian theatre Yevgeny Vakhtangov who said: «Meyerhold began the creation of theatres of the future, so the future will reward him!».

More than 200 set and costume designs, models, photos, drawings, drafts from the collections of the A.A. Bakhrushin Theatre Museum (Moscow) and the Museum of Russian Drama at Alexandrinsky Theatre (Saint Petersburg) were placed in the Exhibition Hall of the Diorama Museum. There were works of Nikolai Sapunov, Sergei Sudeikin, Nikolai Ulyanov, Alexander Golovin, Lyubov Popova, Varvara Stepanova, Kukryniksy, Alexander Rodchenko and other outstanding artists who have created a new performing space under the direction of Meyerhold.

Meyerhold’s experiments with stage were inseparably connected with his search for the existence of an actor on stage. Some rare photos were displayed on screens, so that a visitor could imagine the performances that have made a theatrical revolution.