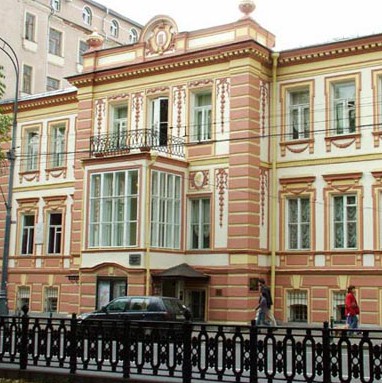 On July 22, 2016 A.A. Bakhrushin State Central Theatre Museum and KiddingKids team – project Kidding_Coffee  start the cycle of joint activities on the summer terrace of the museum on the Tverskaya and Paveletskaya.
First opened “Ermolovsky Yard” inland House Museum M. N. Yermolova, Department of A.A. Bakhrushin State Central Theatre Museum. During the warm summer and autumn there will be held recitals and meetings, live voice sound, jazz, lectures, poetry and prose … And all this in an atmosphere of the greatest tragic actress of the mansion -. Idol of the public, especially young people. We know from history: students loved Yermolova so much that literally worn on the hands.

Then, in September, visitors will be able to visit the “Vera’s terrace”. Vera – was the name of his beloved wife Alexei Alexandrovich Bakhrushin, assistant and associate in all its museum affairs.

Once you are there, right in the center of the Moskva River, it is possible for a cup of coffee or tea at any time to stop the passage of time, to listen to a lecture about the history of the theater, to see rare footage from the museum, listen to music …

Both sites will be opened the exhibition and will be carried out various educational activities, built on the stock of the museum materials. In particular, in the framework of the Year of Russian cinema in the summer grounds will take place creative evening devoted to the theater, its history and people.

In Moscow, there is the main building of the museum and eleven branches: three memorial house-museum of four apartments, museum shop, museum, studio and two exhibition halls. Since December 2014 the museum opened its representative office in the city of Ulyanovsk, in the “house-atelier of the architect FO Livchaka “- a branch of the Museum-Reserve” Homeland of VI Lenin. ” In 2016 – 2017 years. the museum will open a branch in the Moscow Zaraysk, the home Bakhrushins.

KiddingKids team is engaged in the creation and development of various projects in the field of culture. Each project has its own name, which is based on the word Kidding / humorous, playful /.
Kidding_Coffee / coffee to go /. Members – three young men of different professions. It is the ideal structure for the creation of a common cause. Project Manager / Elem Polyakov / architect / Mito Melitonyan / PR / Elena Polyakova /.
“Our desire is that projects are of high quality and interesting, with a high level of service. We ourselves are our customers and sponsors, developers, and, most of all, implementing their own ideas. Kidding_Coffee – a play on words / humorous coffee /. We take their work seriously, but easily. “Do not say, and do” – that’s our motto.

Additional illustrations and information – on request.